One of the most helpful heavy equipment in the mining sector, especially underground, is the Underground Mining Load Haul Dump (LHD) Loaders R2900G, which is designed with a sturdy tool structure and complete set of features so that it can operate in the toughest applications. Moreover, the use of the Cat C15 engine plays an important role in the operation of this machine so that it can produce high productivity with more effective and efficient performance without wasting too much time. There are several advanced transmission features on this engine, such as a planetary power shift transmission that can make the engine constant power with a match between Cat and diesel engine speeds, even in a wide range capable of operating very nimbly. The transmission has been tested and proven its capabilities, especially in its longer service life between overhauls because it is supported by a strong construction design. 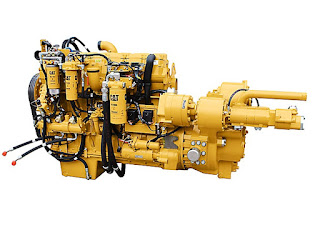 There is also an electronic automatic transmission that is tasked with optimizing engine performance through the operator being given the freedom to choose the use of manual or automatic shift modes for gearshifts so that the level of efficiency increases. In addition, this machine with a nominal payload capacity of 37920 lb also applies another transmission in the form of a transmission netalizer which has many functions, such as transmission neutralization and service brake activation which can be done using the left brake pedal, so that when the hydraulic flow is full, the engine rpm is high. can be maintained. Based on the transmission function, digging and loading increase but the cost per ton remains low, especially with the SAE J1995's gross power of 409 HP. Regarding the engine rpm, the R2900G has an engine speed protector so that it doesn't go overboard through controlling the engine to rpm which can slow down engine speed by modulating the service brake. 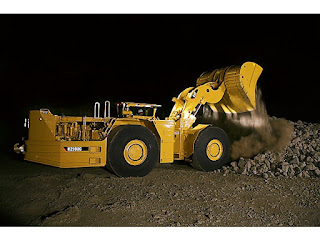 With this unmatched bucket design the reliability of this machine can be increased due to the use of two types of cast angles so that the side plates are stronger and allow for various cutting edges. The construction of the bucket is not expensive because of the addition of a wear package that can reduce the need, so a differential is applied so that wear can be reduced when traction is maximized according to conditions in the work area. The other designs are specifically made for operator comfort, especially in the room and the placement of features for easy control by the operator. As there are ROPS and FOPS integrated with a solid installation can make the operator feel protected and safe. The ROPS cab offers a closed design for better air circulation and visibility to keep the operator calm in a variety of location areas. In addition, STIC can control the machine, while other features that can reduce operator fatigue are the joystick control so that operations run more smoothly and smoothly.