In general, underground mining applications require trucks that can work efficiently and maximally with unmatched power. So as a solution, the AD45B underground mining truck was launched which was designed by a well-known company, namely Caterpillar and of course this type of truck is better than the previous production. The AD45B has a nominal payload capacity of 99208 lb with two special body styles that make the truck body easier and faster to transport. In addition, to increase reliability, this type of truck also offers a low cost per tonne as well as a better engine design so that it can be used for a long time which is supported by an integrated chassis system so that its durability is stronger. Behind this, of course, there is a Cat C18 engine that is a mainstay with a gross engine power of 589 HP, which of course really determines the performance of this AD45B. 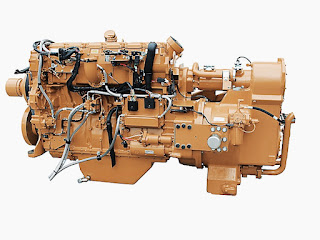 The performance of this type of truck actually depends not only on the type of engine used, but also on other factors, such as the construction of the truck. Regarding the construction of this truck, it turns out to be very sturdy and efficient so as to provide comfort to the operator and his surroundings. As evidenced by the ejector body, which is a versatile and easy-to-install and efficient exhaust body, combined with the hoist cylinder it takes only 16 seconds to increase the exhaust cycle. As for the selection of the right tub, it needs to be adjusted to the compatibility between the material, the haul road, and the disposal tank. So that the right selection will produce the AD45B as a powerful and superior underground machine and comfortable to operate. Comfort is also created with the safety features that we are familiar with, namely ROPS (Tumbling Protection Structure) and FOPS (Fall Object Protection Structure) which are sturdy with operator isolation from vibration. But actually, not only those two features, but all the features involved in this AD45B engine also meet safety standards. 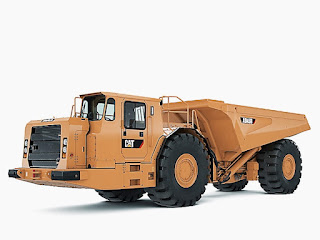 The monitoring system that helps safety and optimal results on the AD45B is Cat EMS which contains important data to produce maximum production with high performance and clear monitoring screen assistance. Then there are also various brake systems which are very important to avoid accidents both on the job site and accidents on the machine itself. The first brake system is a four-corner oil, in which hydraulic pressure drives a fully controlled deceleration system. Then there is an automatic system that can neutralize the steering and turn off the engine when the truck loses control. The integration of the braking system can certainly provide more optimal service, secondary, and brake regulation functions, especially in extreme conditions. In addition, AD45B also offers an ergonomic suspension cab but will make the operator very comfortable and feel safe because it is equipped with better temperature and air control, strong seat belts, and thick cushions. Based on this, the AD45B truck can be the right choice for underground mining articulation with larger production.