A controlled start transmission system will be able to produce optimal productivity as long as there is an engine that helps to achieve it. One of them is the presence of the CST30 longwall mining that focuses on this which is designed with an integrated and reliable drive system. The drive system on the CST30 is called ICDS which is well controlled by PMCTM-D and PMCTM-V which are known to be very effective with different functions. This PMCTM-D contains various important hardware and usually this system works in the gearbox in order to best control the drive system function. The gearbox has a sensor role which is obtained through the connection of the unit to the distribution box so that this role is also called an actuator. While PMCTM-V is also important, because this system contains all gearbox data that can be displayed on the VGA 4 screen completely with various language options that can be selected to make it easier for users to understand and is also equipped with 24 keys that are secured with a password so that the operator can operate the machine easily and safely. In addition to displaying this data, PMCTM-V also functions to display error messages as well as warnings that keep security awake. 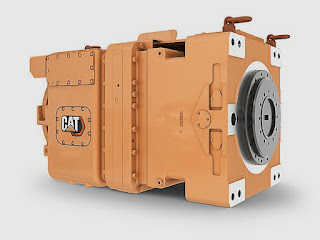 The ICDS on this CST30 has a superior motor specially obtained from Baldor Electric Company with a nominal torque of 7640 Nm. so it is very flexible. Moreover, it is accompanied by its power which currently reaches 1200 kW and the availability of access to protection through the two systems above, namely PMCTM-D and PMCTM-V so as to ensure the safety of the CST30 operation. The security of CST30 is also determined by several other factors, such as the components contained in it. The components contained in the machine which has a drive system weight of about 8600 lb. is a drivetrain component that functions at startup whose pressure is made very low so that the conveyor runs smoothly when it is started but this conveyor is fully loaded with various facilities provided through maximum torque. Moreover, the motor startup is no-load and highly synchronous which makes the voltage lowered so that the kinetic energy of the motor can be used and will produce a full power supply system to operate. 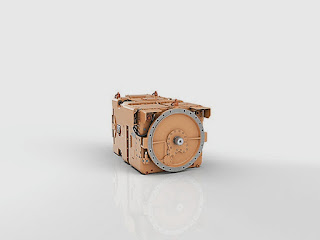 The v-drive software can display the trend of sensor values as well as analyze it with various software options and it is very possible to have an electronic spreadsheet so that it can inform all CST data. In addition, heavy load protection is also provided in various instant and effective ways, such as reducing wear so that it can absorb loads perfectly on strong sprockets, units and chains. Loads can also be divided accurately to take advantage of available power to avoid wasting it between drives so excessive motor heat can be avoided as load sharing creates a different chain tone on each trip. This CST30 also offers a brake feature that can strengthen safety and protection, namely when the brakes are activated, there will be an adjustment in the CST clutch with the remaining pressure. Therefore, Longwall Mining CS30 is very suitable for high productivity because it is equipped with various controlled and effective systems.