Tactics Narcissists Use to Gain Self-Esteem and Power

To some degree, most of us desire to improve our social status and self-esteem, but narcissists feel compelled to. A recent study concluded that it's their constant concern.

More than most people, they look to others for "self-definition and self-esteem regulation; inflated or deflated self-appraisal... ," according to the Diagnostic and Statistical Manual of Mental Disorders. Their self-esteem fluctuates between exaggerated inflation and deflation. 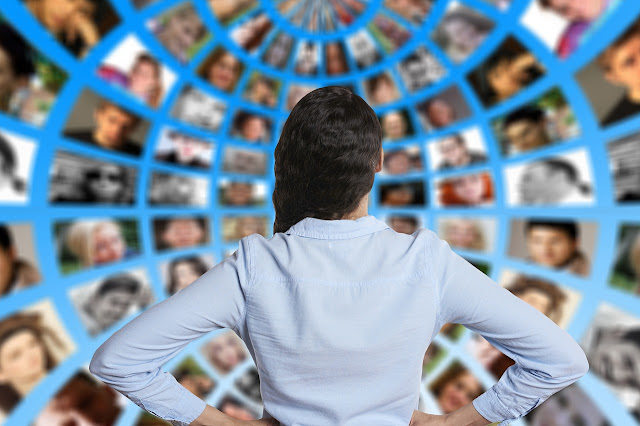 Narcissists are preoccupied with managing their self-esteem, image, appearance, and social rank. They see the world and themselves in terms of hierarchical status, where they're superior and others are inferior.

In their mind, their presumed superiority entitles them to special privileges that others don't deserve. Their needs, opinions, and feelings count, while those of others don't or only do to a lesser degree. They have grandiose fantasies extolling their greatness, wherein they're the most attractive, talented, powerful, smartest, strongest, and wealthiest.

Self-esteem reflects how we think about ourselves. In most tests, narcissists score high on self-esteem. Traditionally, the high self-esteem of a grandiose narcissist was considered a façade for underlying shame.

Their insecurity was usually only revealed in therapeutic settings. Recent research challenges that theory. However, since grandiose narcissists have a distorted self-image, tests that rely on self-reporting cannot elicit beliefs and processes inferred from narcissistic attitudes and behaviors nor those observed in clinical settings.

For example, having grown up mocked and belittled by his father, according to Donald Trump's niece speaking about him (and confirmed by his sister), lying was common. She claims it was "primarily a mode of self-aggrandizement meant to convince other people he was better than he actually was."

Narcissists have been shown to lie on tests. However, when researchers subjected them to a polygraph test where being found out would reflect poorly on them, they didn't lie, and their self-esteem scores declined markedly.

People usually think of "high self-esteem" is optimal. However, esteem that relies on others' opinion is not self-esteem, but "other-esteem." I believe that unrealistic and other-dependent self-esteem is unhealthy and prefer to describe self-esteem as either healthy or impaired.

Ranking narcissists' self-esteem high is misleading, due to the fact it's generally inflated and unrelated to objective reality. Additionally, it's fragile and easily deflated. Healthy self-esteem is stable and not so reactive to the environment.

It's non-hierarchical and not based on feeling superior to others. Nor is it associated with aggression and relationship problems, but the reverse. People with healthy self-esteem aren't aggressive and have fewer relationship conflicts. They're able to compromise and get along.

Tactics Narcissists Use to Maintain their Self-Image, Self-Esteem, and Power

The fact that narcissists brag, exaggerate, and lie about their greatness and self-esteem suggests that they're trying to convince themselves to disguise hidden self-loathing and feelings of inferiority.

Their hidden shame and insecurity drive their hypervigilance and behavior regarding their self-image, self-esteem, appearance, and power. They use a variety of tactics:

Narcissists are extremely sensitive to threats to their image and vigilantly attend to cues that could affect it in the eyes of others. They struggle to regulate their self-image through their thinking and behavior. This strategy requires constant effort.

Moment-to-moment, they scan other people and their surroundings to assess and elevate their rank.

They select situations that will raise rather than lower their esteem. Thus, they seek public, hi-status, competitive, and hierarchical environments over intimate and egalitarian settings because they offer greater opportunities to gain status. They prefer acquiring multiple contacts, friends, and partners over developing existing relationships.

They perpetually evaluate their influence and the attention and praise they're receiving relative to how their competitors are doing. They watch for any impediments to their aims.

Once narcissists have assessed the environment and who they're dealing with, they determine the best way to achieve status by either raising theirs or lowering that of other people. To regulate their self-esteem, they primarily utilize internal self-inflation and interpersonal skills.

Impression management is designed to influence others to gain both internal and external status and benefits, such as romantic partners, power, and money.

They employ charm, using their wit, resources, talent, conversational skills, and self-promotion through boasting, embellishing, and lying to manage their impression. These strategies boost their self-image and raise their status with others.

These are most effective in the initial stages of a relationship or short-term interactions. Some researchers propose that the main difference between vulnerable and grandiose narcissists is that vulnerable or covert narcissists employ threat-oriented defenses and internal negative dialogues that don't satisfy their needs for esteem and validation.

When self-promotion doesn't work, grandiose narcissists' resort to dominance. They're excellent manipulators and use covert tactics as well as overt power tactics and narcissistic abuse, such as belittling, lying, bullying, attacking, criticizing, or raging at the person they're trying to influence as well as derogating their competitors. They put down others to elevate themselves and also reate conflict that can lead to violence.

Their self-worth suffers as a result of this bargain and the narcissistic verbal abuse continues nonetheless. Find out about "Changing the Dynamics in Abusive Relationships."

Learn more about narcissistic relationships and how to handle them. Get Dealing with a Narcissist: 8 Steps to Raise Self-Esteem and Set Boundaries with Difficult People.

Trump, Mary (2020). Too Much and Never Enough: How My Family Created the World's Most Dangerous Man. (NY: Simon & Schuster).

Darlene Lancer is a Licensed Marriage and Family Therapist, expert in relationships, codependency, addiction and author of Codependency for Dummies and Conquering Shame and Codependency: 8 Steps to Freeing the True You.

She has a broad range of experience, working with individuals and couples for 30years. She is an author and frequent speaker. She maintains private practice in Santa Monica, CA and coaches internationally. For more information, webinars, and talks, see http://www.whatiscodependency.com to receive a FREE Report, "14 Tips for Letting Go," and find links to her books and eBooks,

How to Speak Your Mind- Become Assertive and Set Limits, 10 Steps to Self-Esteem: The Ultimate Guide to Stop Self-Criticism, Dealing with a Narcissist: 8 Steps to Raise Self-Esteem and Set Boundaries with Difficult People,

Spiritual Transformation in the Twelve Steps, Freedom from Guilt and Blame - Finding Self-Forgiveness, "I´m Not Perfect-I´m Only Human"- How to Beat Perfectionism, and Codependency Daily Reflections.