Pipelayers PL61 is one of Caterpillar's flagship products capable of providing the best pipeline performance by upgrading a variety of configurations. Starting with improving maneuverability which is guaranteed to be superior so as to make steering response faster and this greatly supports a smoother pipeline performance process along with ease of transportation to reach the hystat transmission. The transmission is part of operator control on this Cat C4.4 engine model, which makes it easier to control while the engine is running. The other operator controls that are relatively simple are the right joystick which contains 3 controls, namely the boom, counterweight, and hook functions. With this design, it certainly makes it more comfortable for the operator to control it in various conditions, especially when on rough terrain. Moreover, it is assisted by track options that can be adapted to the work area by taking into account soil conditions to make wide or narrow track options so that performance in various soil conditions can remain optimal. 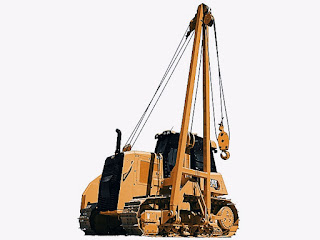 Various reliability designed on the PL61 is partly described above, but there are many other reliability that has not been revealed. As with other reliability which is proven by the existence of a sophisticated fuel system because it has an engine equivalent to Tier 3, making it tougher and more durable in the face of possible poor fuel conditions through good filtration. That way, the fuel on the PL61 is quite economical, especially when it is accompanied by an automatic hydraulic demand fan which plays an important role when in a cold location, making this feature work to immediately reduce the fan speed. In addition, the engine with a lifting capacity of 40000 lb has a hydraulic reversing fan which is very helpful in cleaning debris from the radiator core which can be done automatically or manually. The service is purposely designed with top-of-the-line support in mind to best facilitate it based on the combination that has been made from the Cat dealer network. 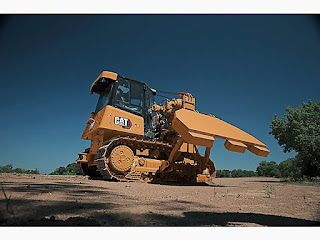 The design of this machine also prioritizes safety and serviceability which are part of the main factors for the success of the PL61's performance. Regarding the safety features on this machine, there are several familiar features, namely LMI and ROPS. The LMI is involved so that the load monitoring system can be installed easily and simply on site, while the ROPS is involved to protect the equipment and its operators from possible accidents that will occur such as overturning the machine, and so on. To support this safety, a sturdy structure was made with various alternatives such as a rear exit window with a quick release function. The serviceability of the PL61 is a single source pipelayer that is made specifically for all components that can facilitate service access. As a simple cable replacement, the overall reliability of the machine can be increased. Based on this, it can be concluded that the PL61 is very complete to support use anytime and anywhere.