Underground Mining Trucks AD45 is a heavy equipment that works in underground mining with high strength supported by the use of Cat C18 engine. The engine is very fuel efficient and the torque increase is right, so it can produce high productivity with fast response and time. Moreover, the Cat C18 used is equipped with a Stage V emission package that increases engine advantages such as emission management by CEM (Clean Emissions Module) which can result in good air circulation in the mining area, then emission reductions through the reduction of diesel particulate matter so that it does not exceed the emission standard limits below ground, and so on. In managing these emissions, other supports are needed that can help, namely by involving 15 PPM ultra-low sulfur diesel and engines with CJ-4 ash. That way, not only emissions are simplified, but also fuel-efficient which is also regulated by Electronic Unit Injection so that the mechanism is more perfect. 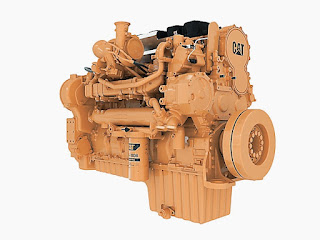 Another offer provided by this 599 HP engine is the presence of various braking systems with different functions. Starting from the multi-disc service brakes used when performance will be slowed for some reason through continuous cooling of the oil without contamination. It turns out that oil cooling also applies to the integrated brake system but with a different goal, this time, namely to make the engine strong to operate in underground mining which is considered extreme, so that it is also supported by a solid and efficient system. In dealing with these extreme jobs, the AD45 truck also offers ARC (Automatic Retarder Control) to control the engine rpm in order to slow down the speed according to the required conditions such as when going uphill, however, the engine can still produce a lot of production because when going downhill the engine works faster. 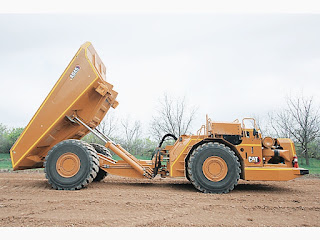 Behind it all, the machine designed in Australia, namely the AD45, is also very concerned about safety and comfort so that it mobilizes various features to be combined. As in general, the main frame is the most important frame and needs to be maintained so that ROPS and FOPS are installed in order to protect against various vibrations that are present and create its own comfort for the operator. Moreover, for safety, you don't have to worry, because there is a Cat electronic monitoring system that is very helpful in monitoring emissions, performance and productivity, coupled with the help of a camera and a clear screen. Meanwhile, to strengthen this truck is to use a frame design in the form of a box-section frame beam so that the engine life is longer. Based on the things that have been mentioned above, it can be ascertained that the quality of the AD45 truck is very good in all respects, especially the ease of scaling emissions, its economy and efficiency, to the robustness of its structure.