Human Doing : Can Childhood Trauma Stop Someone From Being Able To Just Be?

Many societies around the world are full of people who are more or less always on the go. This is how it has been for many, many decades and it is unlikely to change any time soon. 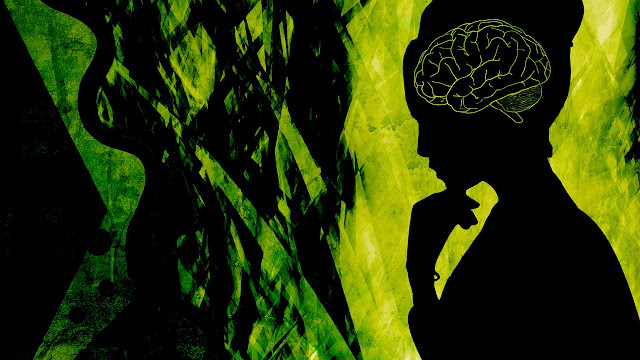 When someone lives in this way, they are unlikely to believe that they are living in a way that is not sustainable and need to slow down from time to time. The reason for this is that they will probably be surrounded by people who also behave in the same way.

One could hear this and even agree with the advice but that could be about as far as it will go. This thought will soon leave their mind and they will go back to living in the same way.

One is then going to look like a human being but they will have more in common with a machine. Then again, there is a strong chance that they are far more active than a machine.

While a machine is likely to be used and then switched off after a short while, they can be on the go from the morning until the night. The only time they might stop is when they feel tired at the end of the day and have to go to bed.

If this wasn't something that they had to do, and there could even be moments when they don't leave much time to sleep, they probably wouldn't do it. They might prefer to do things all the time as opposed to lying down and switching off for a large part of the day.

When the time does come for them to sleep, they may find that it is often incredibly difficult for them to fall asleep. Their mind is likely to be racing around and they won't be able to let go.

Burning the Candle at Both Ends

If they are at the beginning of their life, living in this way might not cause them too many problems. They will be able to live the "live fast die young" life and potentially be seen as very successful in the process.

They can be like a new car that is pushed to the limit; it is likely to take a while until problems start to appear. However, there could still be moments when they end up being burnt out and are forced to rest.

On the other hand, if they have been on this planet for a number of decades already, they could have a number of health problems. If not, they may have had a number of warnings.

This will be their body's way of telling them that they need to slow down and no longer live such a fast-paced life. But, due to how caught up they are in the life that they lead, it might take something significant for them to slow down.

This could mean that they will need to have a heart attack or a stroke, for instance. After this point, their life might not ever be the same again and they will have been forced to take it easy for the rest of their life.

On one level, the level of their intellect, they could come up with all kinds of reasons as to why they need to behave in this way. For example, they could say that they have a lot to do, would lose their job if they didn't and that they like living in this way.

At a deeper level, right down in their body, living in this way is likely to be seen as the only way for them to survive. Thus, if they were not on the go and battling all the time, their life would come to an end.

One way of looking at this would be to say that this is totally irrational as it is highly unlikely that their life would end if they slowed down and gave their parasympathetic nervous system the chance to operate more often.

Another way of looking at it would be to say that there was a time when it would have been as though their life would come to an end if they hadn't struggled.

Either during their birth or shortly after, they may have been forced to struggle to stay alive. If they hadn't done this, it would have been as though they were going to die, and this early imprint will be what is defining their behaviour to this day.

What took place in their past will be over and they survived, but deep down, they will still perceive life in the same way. Consequently, if they settle down into their body and don't do anything, they will fear, as was the case all those years ago, that their life will end.

If someone can relate to this and they are ready to change their life, they may need to reach out for external support. This is something that can be provided with the assistance of a therapist or healer.

To find out more go to - http://www.oliverjrcooper.co.uk/
Feel free to join the Facebook Group -
https://www.facebook.com/OliverJRCooper

Posting Komentar untuk "Human Doing : Can Childhood Trauma Stop Someone From Being Able To Just Be?"