The electric drive dozer, known for its high level of propulsion and the first to appear in the world, comes from a Caterpillar product called the Medium Dozers D6 XE which is designed with various advanced technology features that are able to work optimally. Even the features in it are well known to be superior in the industrial world so that they can produce high productivity with efficient fuel and low service costs. Moreover, this machine has been tested and proven to increase productivity without any negative effects, on the contrary, although it requires a harder performance but can save fuel by 35%, saving maintenance costs up to 12% because it contains spare parts that do not move too much. , and there are two types of Cat Grade technology that do the most work with slope assist and 3D. In addition, its maneuverability makes this tool able to work more efficiently and be at the forefront of its circles. 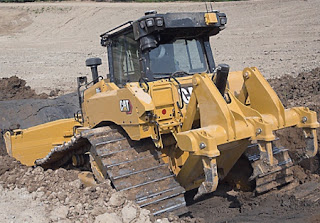 There is an unexpected technology choice, of which the two technologies have been mentioned above, namely Cat Grade technology with Slope Assist which does not require additional enhancements to maintain a predetermined blade position, in contrast to Cat Grade technology with 3D which requires GPS for plans to be designed. faster with more precise blade control. There is also another technology called Attachment Ready Option (ARO) which makes it easier for the operator to level or control the blade system because in this ARO there is a main sensor that can carry out its duties with attached cables. In addition, so that work can run smoothly when the operator is working on a slope, the D6 XE provides a slope indicate feature that can display the slope of the cross both from the front and back, is also supported by an interface feature that provides a 10-inch touch screen making it easier for operators to use it. 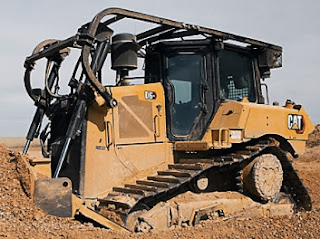 Behind the completeness of its features, this type of dozer is also designed with the latest LGP VPAT which provides a ground pressure of around 35 kPa without using a rear attachment so that the balance of the tractor will be obtained accompanied by optimal leveling. The VPAT not only produces high productivity but is also very leading in its class because it can function in all activities, especially when facing the process of landfilling or excavation. The undercarriage option is offered, namely 10 new rollers that are able to withstand a variety of difficult obstacles even at high speeds on smoother grades, as when on a surface full of sand and gravel. In addition, in providing comfort to the operator, it is also provided with a viscous cab mount for very low vibration, spacious cabin space, and the ease of adjusting the speed with the thumb wheel that is released on the steering control.