Do Video Games Damage Our Brains?

Posted by: Student Terpelajar Posting Komentar
If you play video games frequently, your brain changes - the more of the so-called grey mass is present in the hippocampus of the brain, the healthier the thought organ is. The less of them are present, the higher the risk of developing a brain disease. 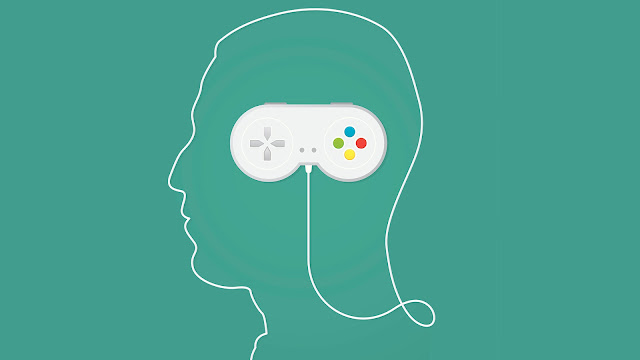 The computer game League of Legends is a phenomenon :

The computer game "League of Legends" is a phenomenon: around 100 million people worldwide play it, regularly "LoL", as it is said among connoisseurs. The game, in which normally two teams with five members each compete against each other. The rules are complex, and winning against other players requires strategic thinking.

Research confirms many a positive effect :

The study published in mid-November 2017 of the University of York in England in Plos One magazine. Whether the players became smarter through the hours in front of the screen or whether it simply helps smarter players in the league can't be answered, says psychologist Alexander Wade:
We bet on the latter.
Computer games are a common pastime for the young people of today. Research on the effects of computer gambling is also flourishing and producing hundreds of studies every year. After all, they want to know how brain and behavior are influenced by this mass phenomenon.
Contrary to popular belief, the results usually lead to computer games improving the brain functions involved. It is quite clear that many games do not improve the entire IQ, but do improve individual brain functions. Only later did scientists show the positive effects of gambling. Those who play regularly for an hour are better at quickly understanding situations, generating new knowledge and classifying what they have learned into categories.
The reason for this is an increased activity in the hippocampus, an area that is important for learning and may be trained through computer games. But through excessive playing, an average of fourteen hours per week, the so-called grey brain substance suffers in the gamers - reduced in places. This is in the orbital frontal cortex, which belongs to the frontal lobe responsible for higher tasks. The more excessive her game was, the greater the loss.
Only, what does that mean? The volume of the grey matter in which the nerve cells of the cortex sit varies greatly over the course of life and depends on a number of factors - it is difficult to say whether a change is good or bad. One thing is certain: If you spend a lot of time on the screen, you don't have enough time for other things. The neuroscientist Daphne Bavelier from the University of Geneva compares computer games with red wine: It's a pity in large quantities. He may even have enjoyed moderate health benefits. Visit us at: http://www.wholesnap.com
Article Source: https://EzineArticles.com/expert/Bargau_E_Raul/2507548