The 40th Anniversary of the Death of Queen Frederica of Greece

On 6 February 1981 at 11:30pm, Queen Frederica of Greece died at Madrid after suffering heart failure following eyelid surgery. She was sixty-three years-old. The queen was survived by her three children: Queen Sofía of Spain, King Constantine II of the Hellenes, and Princess Irene of Greece.

On 18 April 1917, Princess Friederike Luise Thyra Viktoria Margarete Sophie Olga Cecile Isabelle Christa of Hannover, Duchess of Braunschweig-Lüneburg was born at Blankenburg, Harz. The princess was the first and only daughter of Prince Ernst August of Hannover (1887-1953) and his wife Princess Viktoria Luise (1892-1980; née Prussia). Frederica had four brothers: Prince Ernst August (1914-1987), Prince Georg Wilhelm (1915-2006), Prince Christian (1919-1981), and Prince Welf (1923-1997). Frederica's family moved to Austria when she was still an infant, and she grew up there, in Gmunden. She was educated by her mother and an English governess until, at the age of seventeen, she was sent to school in England. While there, she attended the wedding of Prince George, Duke of Kent, and Princess Marina of Greece. Further studies took Frederica to Florence. It was there that she met her future husband for the first time. At the home of Queen Mother Helen of Romania, Princess Frederica of Hannover was introduced to Crown Prince Paul of Greece, Helen's brother. Upon meeting Paul, Frederica recalled: "I lost my head and my heart."
Princess Frederica of Hannover married Crown Prince Paul of Greece (1901-1964) at Athens on 9 January 1938. The crown prince was the third son of King Constantine I of the Hellenes (1868-1923) and his wife Queen Sophie (1870-1932; née Princess of Prussia). Paul and Frederica were first cousins once removed; the pair were descendants of Queen Victoria. At the time of her marriage to the Greek heir, Frederica was thirty-fourth in the line of succession to the British throne.

During the early years of their marriage, Paul and Frederica resided at a villa in Psychiko. The couple had three children: Princess Sophia (b.1938; later Queen Sofía of Spain), Prince Constantine (b.1940; later King Constantine II of the Hellenes), and Princess Irene (b.1942).
In 1947, Paul succeeded his brother George II as King of the Hellenes. Political instability in Greece led to the Greek Civil War, which lasted from 1947-1949. As the granddaughter of German Emperor Wilhelm II, the queen was persistently attacked by political opponents of the monarchy for her ancestry. Queen Frederica attended the wedding of her husband's cousin Prince Philip to Princess Elizabeth (future Queen of the United Kingdom). While at the festivities surrounding the marriage, Frederica sat next to Winston Churchill at a dinner. Churchill asked the queen: "Wasn't your grandfather the Kaiser?" Her Majesty retorted that he was indeed her grandfather and that "If you had Salic Law in England, my father would be your King today!" Standing five feet three inches tall, Frederica was remembered by many who encountered the queen for "her informal manner, easy smile, curly brown hair, and laughing eyes." Like so many consorts, Frederica was an iron first within a velvet glove. A woman of immense internal strength and willpower, the queen did all she could to protect what she believed to be the best interests of her husband and her son.
King Paul of Greece died on 6 March 1964, aged sixty-two. He had been suffering from cancer, and, during his final days, his wife became ill with a case of pneumonia. Frederica became a widow at forty-six. After her son King Constantine II married his cousin Princess Anne-Marie of Denmark in September 1964, Queen Mother Frederica stepped back from most of her public duties in favour of her daughter-in-law. Alas, Frederica remained a figure of controversy: she was accused in the Greek press of being the éminence grise behind the throne.
In 1967, the Greek royal family left the country following Constantine II's failed counter-coup against the military dictatorship. The family first settled in Rome and then in London. Frederica accompanied her son into exile. The queen mother often visited her daughter Sofía and family in Madrid. Along with her daughter Irene, Frederica spent a great deal of time in Madras, India. The queen mother was extremely interested studying Indian culture. In 1976, Queen Sofía of Spain and her children flew to India as Queen Frederica was reported to be in delicate health. 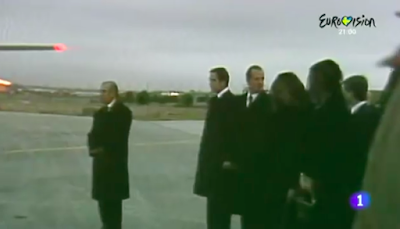 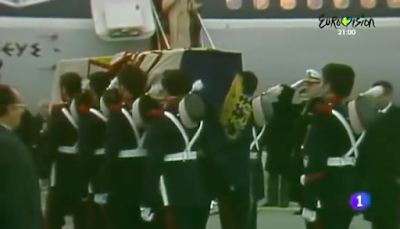 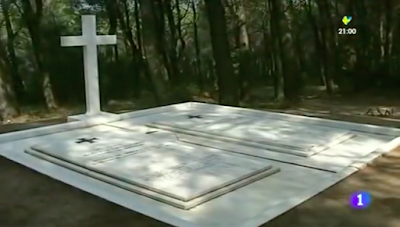 After her death in 1981, Queen Mother Frederica of Greece was buried next to her husband King Paul at Tatoi.