Garrett's PD6500i is a single detector made of metal and in the form of a gate with the ability to scan the entire body of every person who passes through this gate. The security of this detector is very high especially it is equipped with Superior Pinpoint technology which has become an industry leader. Besides that, there is also an information feature that helps distinguish between tools that need to be detected such as objects or the like and other tools around them, so that this tool has a high degree of accuracy. Apart from the high level of accuracy and security, the Garrett pd65000i is also designed with optimal performance making it the account of being the world's first choice by professionals. 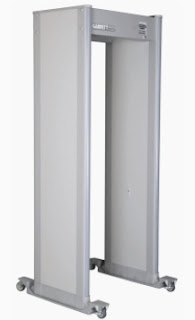 The number of independent programs applied to the pd6500i is also one of the reasons professionals choose this tool because it meets a wide variety of requirements so that it has> 20 independent programs. Some of these programs are such as airports, prisons, schools, and so on, where one of the requirements met is European airports in the form of ECAC requirements and US airports in the form of TSA requirements. The specifications on this detector include temperatures ranging from -20°C to 65°C and humidity reaching 95%. There are also other advantages of this detector which is that it has 33 detection zones, a frequency of up to 2,300, has a random alarm feature for people who are not worried about the proportion ranging from 0 to 50%, and others. So it is only natural that this tool has a relatively high selling value, which is around Rp. 78,200,000 to Rp. 82,000,000.

Walkthrough Metal Detector consists of a variety of the best models, one of which is the CS5000 Garrett. Garrett's CS5000 is also less popular than Garrett's PD6500i, let alone an economical price, which is around Rp.67,999,000 to Rp.72,000,000 with standard technology design but high quality. Behind its high quality there is also high sensitivity, especially to sharp objects, even this tool is also very efficient and has been widely used in the industrial world. The temperature specifications are not much different from the Garrett pd6500i, which is from -20°C to 60°C, as well as the non-condensing humidity that can reach 95%. 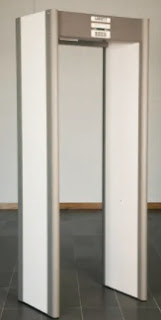 Although the price is cheaper than the Garrett PD6500i, the Garrett CS5000 also meets the IEC requirements. Coupled with the power that is automatically around 100-240 VAC, even the power supply meets several standards such as CSA, VDE, UL, and TUV. There are also features that help reduce noise regardless of the horizontal synchronization of x-ray monitors. Then some channels also sometimes let the CS5000 model detector work in close proximity to other Garrett detectors. In addition, this model detector is equipped with an infrared sensor which functions to increase the accuracy of the alarm sound and a laminate made of heavy aluminum so that it is scratch resistant and resilient at the edges.