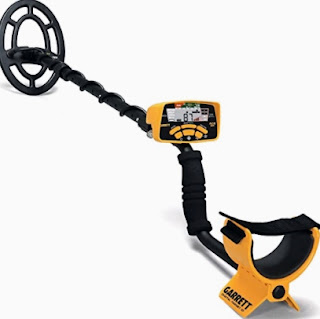 This detector from USA has a certain package in it such as rain cover & sensor cover, 18 x 25 cm PROformance sensor (coil) which is classified as waterproof, ACE300i detector, and other features. The completeness of these features is able to create many advantages, one of which is that the signal provided by this tool can be brighter, especially if it is equipped with an increase in iron resolution which is 3x better. In addition, this detector with a 2-year warranty with 2-3 units in stock also turns out to be able to function on land and coast, and can distinguish the type of metal detected. In addition, this type of detector has other superior features, such as electronic pinpointing, to have a digital target ID with a scale ranging from 0 to 99. As for the price, this type of tool is very affordable at a price of Rp.10,199,000.

AT MAX Garret is one of the superior detection tools in searching for natural gold and other precious metals on land and in water. This detection tool can be said to have better quality than previous products, because it is supported by the latest features such as the latest gold detector gold. Another factor that makes this tool work more optimally is its ability to detect deeper water depths and is equipped with a 21 x 28 cm PROformance DD Koil, coil cover, AT MAX Cup, and other supporting features. 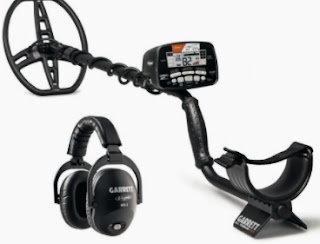 The price of this type of detector is more expensive than Garrett's ACE300i due to its better quality in finding metal and gold objects, which costs IDR 19,699,000. The discovery can be in the form of grains that are released from the rocks or still in the stone, so that even finished forms can be detected such as relics, treasure, ancient coins, and jewelry. In its design, the latest audio technology is added to this type of detector so that it is 6x faster than Bluetooth. In addition, the sensor of this tool is also very good because it can detect gold as small as 0.2 grams, let alone anything more than that. So that this tool is well suited for use by the mining world.